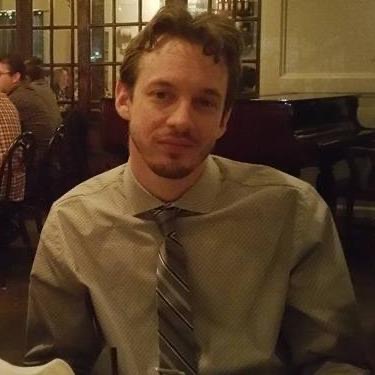 i Am Heartbroken Since Sunday  With The Passing On Of My Loved Close Personal Friend Matt Fallon. MATT FALLON Was A Kind, Love Filled, Intelligent, Fun, Talented Soul That Was The Best Gamer I Have Ever Met And Well Known As Inertiaddixt,, A True Friend With Integrity, A Fellow Television Broadcast Professional That Was An I.S. Engineer That I Met While An On-Air Supervisor At AMC Networks, That Shared A Love For Punk Rock With Me,  That Believed In Me As A Poet And Felt I Needed A New, Modern billylamont.net Website And Put His Love Into Action And Did It From His Heart And Mind, And Was A Real Brother That I LOVE Very Much, And Will Sorely Miss. So Much To Say But I Am Too Devastated Right Now. I Do Want To Send LOVE & Prayers To His Lovely Girlfriend And HIs Family & Sending Special Prayers To You Matt As You Travel Into Eternity To Your New Home. GODSPEED BROTHER!’ I Will Always Rember You Until I See You Again – I LOVE YOU BUDDY!!! ALWAYS FOREVER NOW ❤ ❤ ❤ [billy lamont] 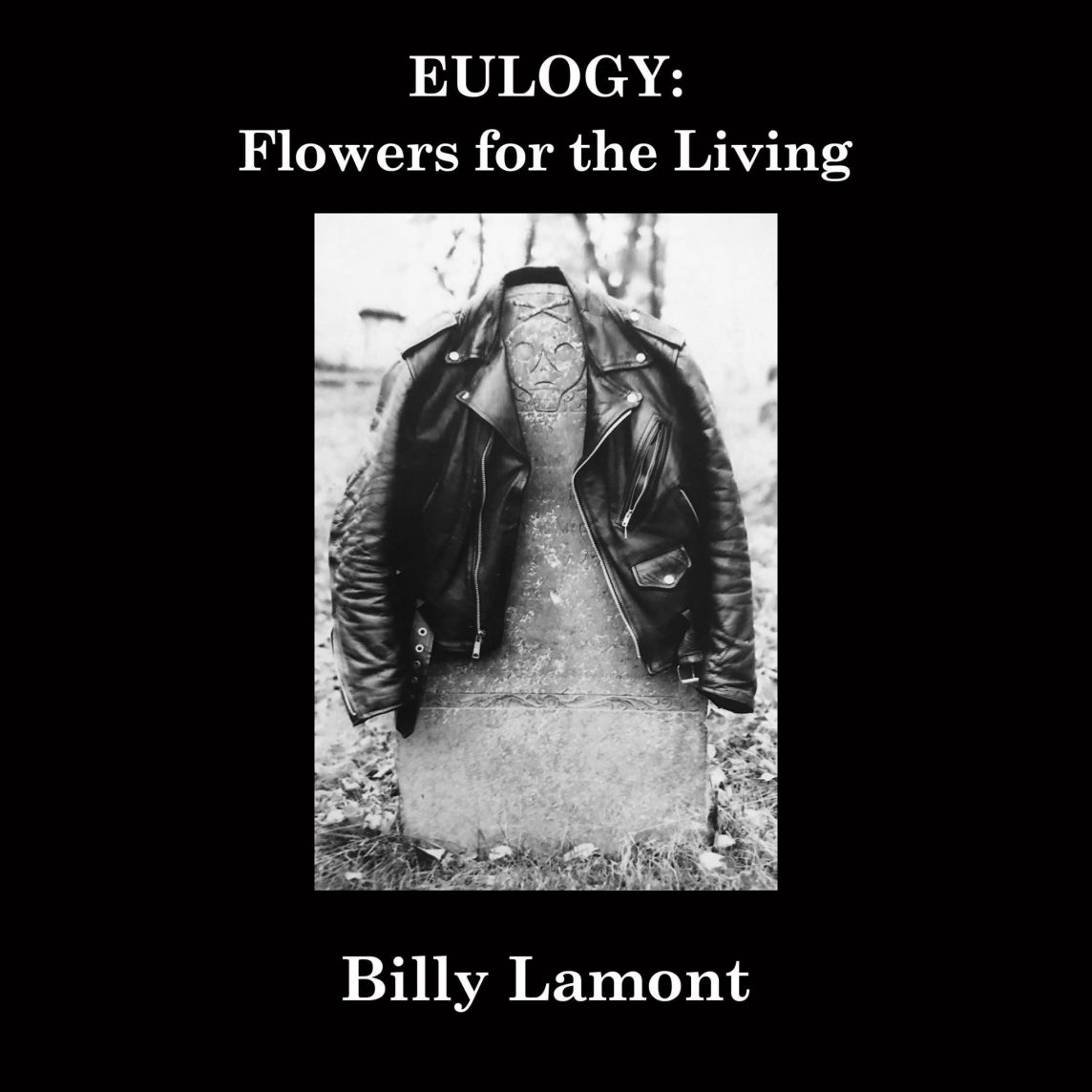 THE OTHER PERSPECTIVE MEDIA

New York rock poet, performance artist, singer, activist and songwriter Billy Lamont just dropped a new concept album/CD/digital release titled “Eulogy: Flowers For The Living” in celebration of Passover and Easter. The album contains eleven unreleased songs spanning his recording career and includes new song collaborations like “LOVE Is A Revolution” with Mike Peters of The Alarm, and “If I Were A Singer” with the late Larry Norman, widely known as The Father Of Christian Rock. This album also contains a never before released early experimental recording Lamont did with electronic/industrial music pioneers Klayton of Circle Of Dust, Celldweller and Scandroid fame, and guitarist/songwriter Bill Poulos, called “The Poet’s Eye.”

“It is meaningful to me that this album dropped in the holy timing now during Passover and for Easter. This soulful, hopeful album filled with faith and light, was born during the challenging times of the coronavirus pandemic, and propaganda narratives assaulting people’s minds from every direction. It feels like the grace of GOD that it was released, after many delays, in the high holy day timing of Passover, the festival of first fruit offerings to GOD when darkness is rebuked, and also for the celebration of the resurrection of JESUS , with the eternal new beginnings Easter represents,” Lamont said.

“Eulogy: Flowers For The Living,” an eleven song Alternative Rock album arrives hot on the heels of the success of Billy Lamont’s latest book “Words Ripped From A Soul Still Bleeding: Poems For The Future Edition.”

“This album is similar to my latest book in that it is torn from my real life, with its warts and all imperfections and vulnerabilities, but also has a rawness, wisdom, and grace to it, like it is bleeding light. I was very close to my Nana as a child and she used to say, ‘Give me my flowers while I’m living, not when I’m dead,’ and that is where the concept of the songs and gorgeous page six page booklet got it’s inspiration ” Lamont shared.

“Eulogy: Flowers For The Living” can be purchased and digitally downloaded on iTunes and Amazon.com, or can be streamed and listened to on Spotify, Apple Music, YouTube, Amazon Music, Pandora and many other popular sites.

Billy Lamont has appeared on national television and radio shows, given in-store multimedia performance book signing events at major bookstores, such as Barnes & Noble in the U.S., and toured with rock festivals such as Lollapalooza several times.

“My new album is filled with passion and is alive in spirit! It is filled with heart and the light of original thought, which Is refreshing in this era of artificial intelligence being sold to, and forced on everyday people, in an attempt to control them. My prayer is that my new album brings liberty and love to all those who will listen,” Lamont concluded, 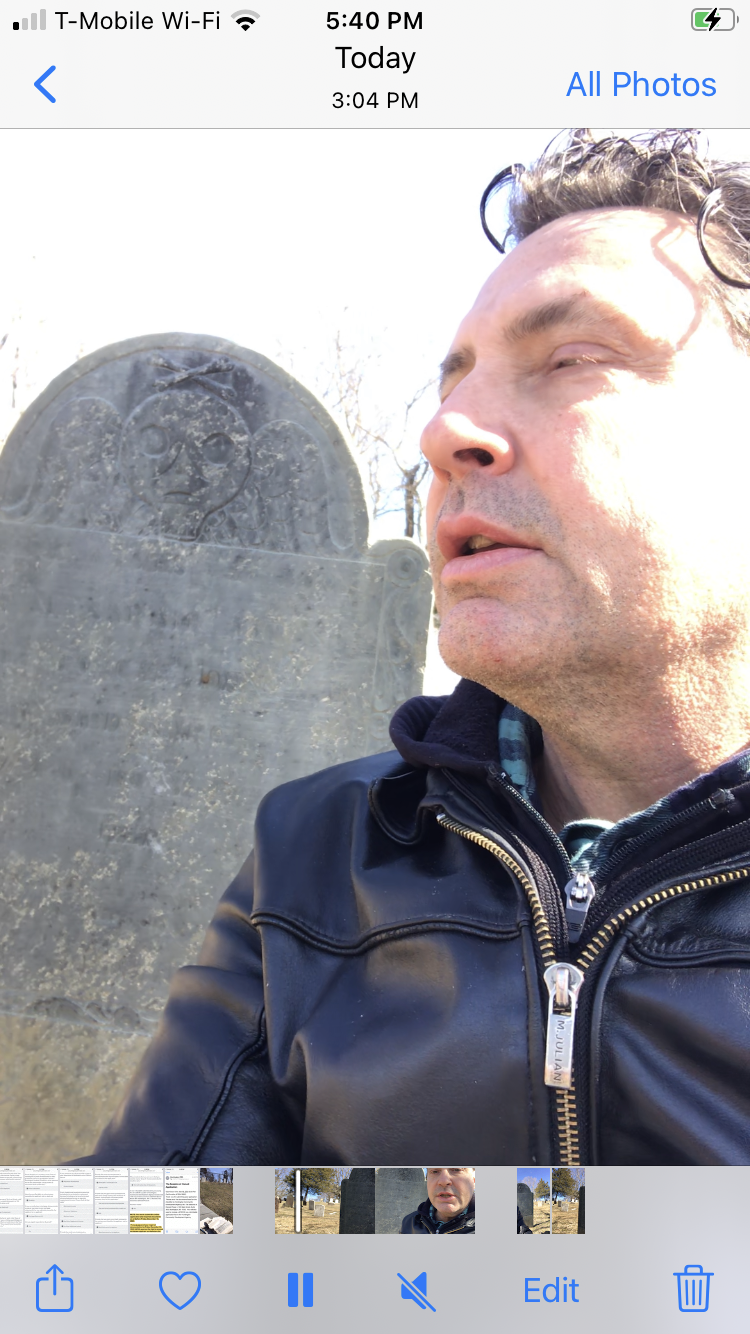 BILLY LAMONT – “EULOGY FLOWERS FOR THE LIVING” Album Just Dropped! – Poem Video Promo #1 – “The Politics Of Being Me.”

***STARTING NOW FOR YOU –  MY FRIENDS: A ONE WEEK PRESALE OF A SIGNED CD VERSION COPY OF MY NEW ALBUM FOR A REDUCED PRICE. JUST SEND $10 BY PAYPAL TO EMAIL: TOPm777&gmail.com WITH YOUR ADDRESS. FRIENDS IN THE MEDIA OR THAT HAVE BLOGS AND WOULD LIKE TO DO A REVIEW MESSAGE ME AND I WILL GET YOU AN ADVANCED COPY FOR FREE. I AM VERY EXCITED TO SHARE MY NEW ALBUM WITH ALL OF YOU SOON!!! THANK YOU. 🙂 ❤ LOVE, LIFE & PEACE, [billy lamont] ***

“Eulogy: Flowers For The Living” is a new album of verse and music ripped from the bleeding soul of rock poet, songwriter, singer and performance artist Billy Lamont. This career-spanning collection features fresh tracks as well as previously-unreleased recordings that illuminate Lamont’s deepest roots.

It all flows magnificently, like a portrait painted from ringing memory; the new pieces very much represent the now and hint at future directions for Lamont’s sacred pop art.

“Eulogy: Flowers For The Living” is a muscular concept album vibrating with love, wisdom and a raw hunger for reform. These crystalline moments from Lamont’s history feel like tiny fragments of light captured at the crimson edge of spirit, bloody pieces of a soul singing real life. 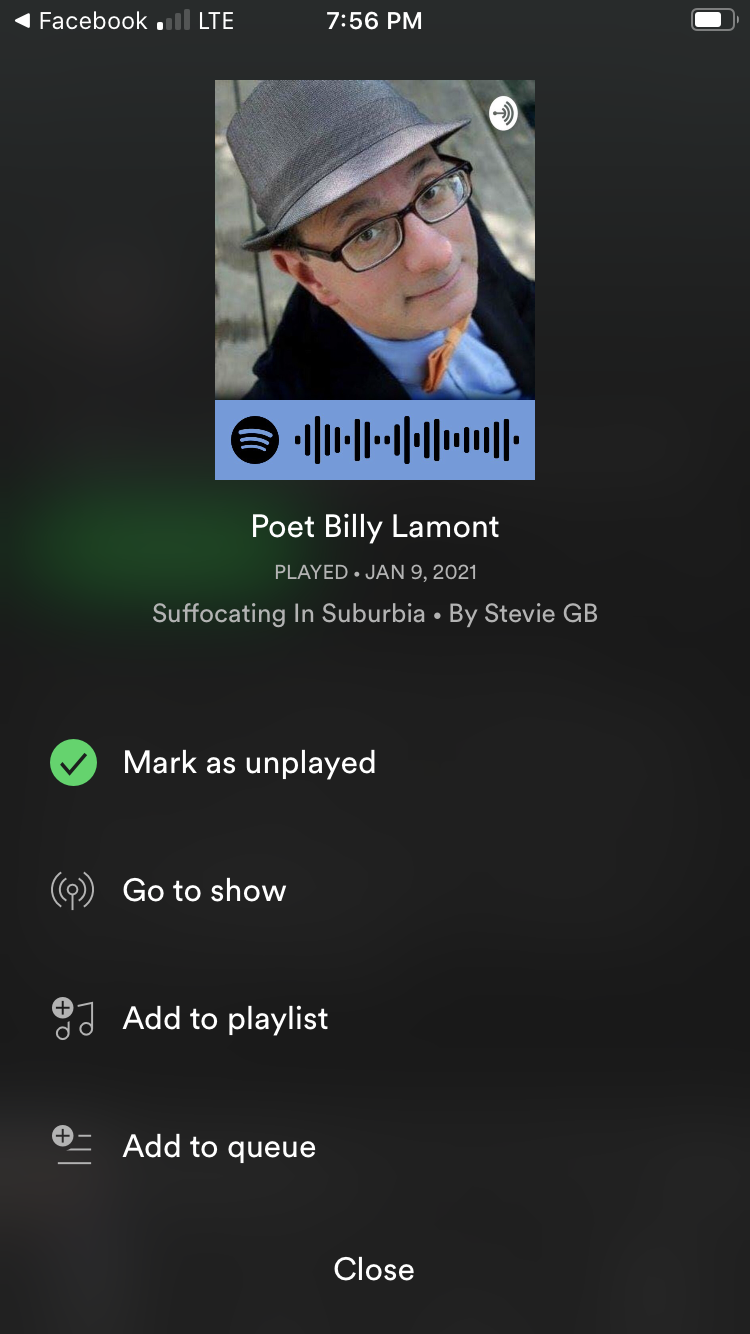 I Had A Wonderful Time Being A Guest On One Of My Favorite Comedians – STEVIE GB’s New Podcast SUFFOCATING IN SUBURBIA Today!!! We Chatted About THE POWER OF POETRY And MY INSPIRATIONS When It Was Recorded This Afternoon. I Am Honored To Be On THE FIRST EPISODE Of SUFFOCATING IN SUBURBIA With STEVEO GB And It Is NOW Uploaded To SPOTIFY – ***JUST SCAN FIRST PHOTOGRAPH’S BAR CODE LINK TO LISTEN: OR YOU CAN CLICK THIS LINK: https://open.spotify.com/episode/6uNSl2qCA3L973meJxheXA?si=SPi-v-HHRdyGPXRsy2YERw *** You Will Need To Be Subscribed To SPOTIFY Or Have Downloaded The SPOTIFY APP To Listen. It Is An EXCELLENT EPISODE FILLED WITH LIFE And Worth A Listen!!! THANK YOU STEVIE GB!!! FUTURE EPISODES INCLUDE THE AWESOME, HILARIOUS COMEDIAN – BOBBY COLLINS – A FAVORITE OF MINE, AND THE ONE AND ONLY – MICHAEL EPPY EPSTEIN – OWNER OF MY FATHERS PLACE AND THE MAN WHO BROUGHT THE CLASH AND BRUCE SPRINGSTEIN TO LONG ISLAND AND SO MANY MORE!!!
❤ ❤ ❤ ENJOY!!!
LOVE LIFE & PEACE,
[billy lamont] 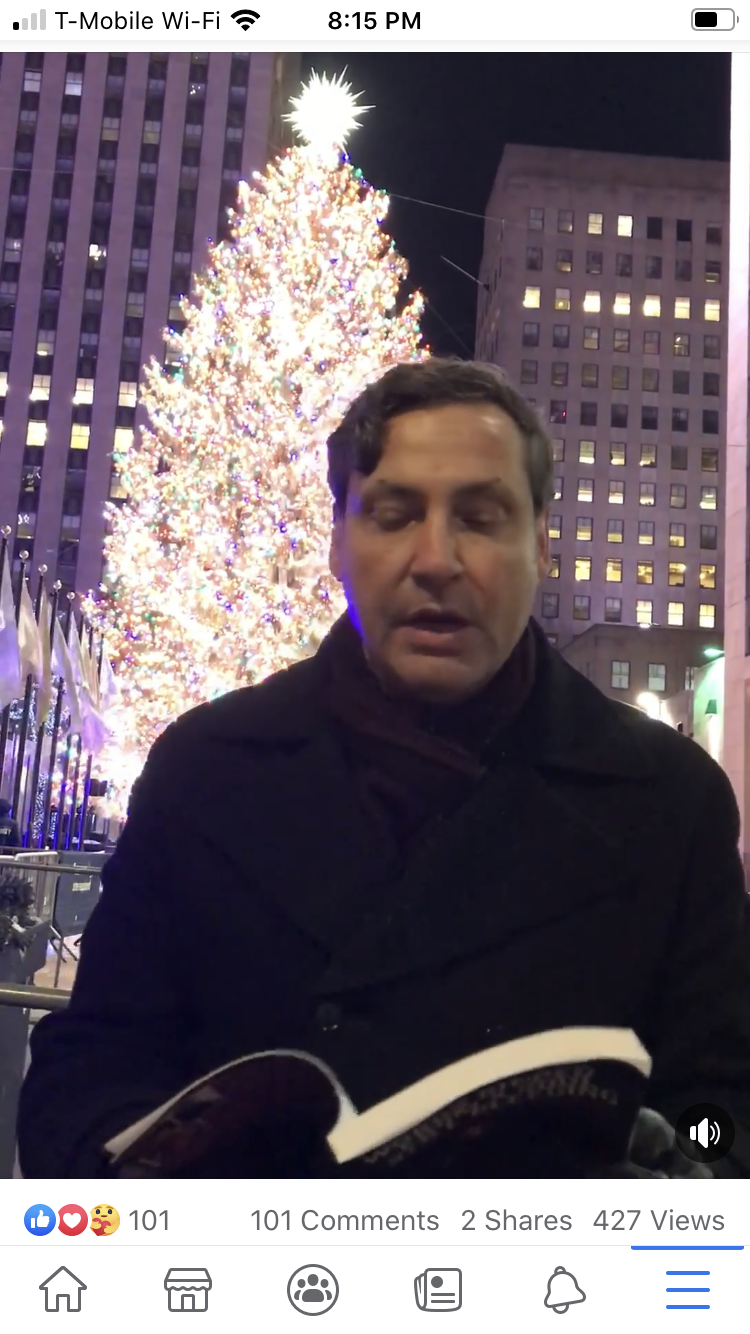 Billy Lamont Recites His Poem – The Frequency Of Life (Love Vibrations) For Christmas/Hannakkah 2020 At Rockafellar Center Christmas Tree In NYC.

“Offering my simple poem to JESUS, & YHWH, & All My Friends In NYC, Long Island, America, and Worldwide, With LOVE From My Heart and Soul To Yours, I feel a bit like The Little Drummer Boy. 🙂 I Hope YOU Enjoy It And It Blesses You! “
<3 <3 <3
A JOYFUL & BLESSED CHRISTMAS and HANNAKKUH TO YOU!!!
[billy lamont] 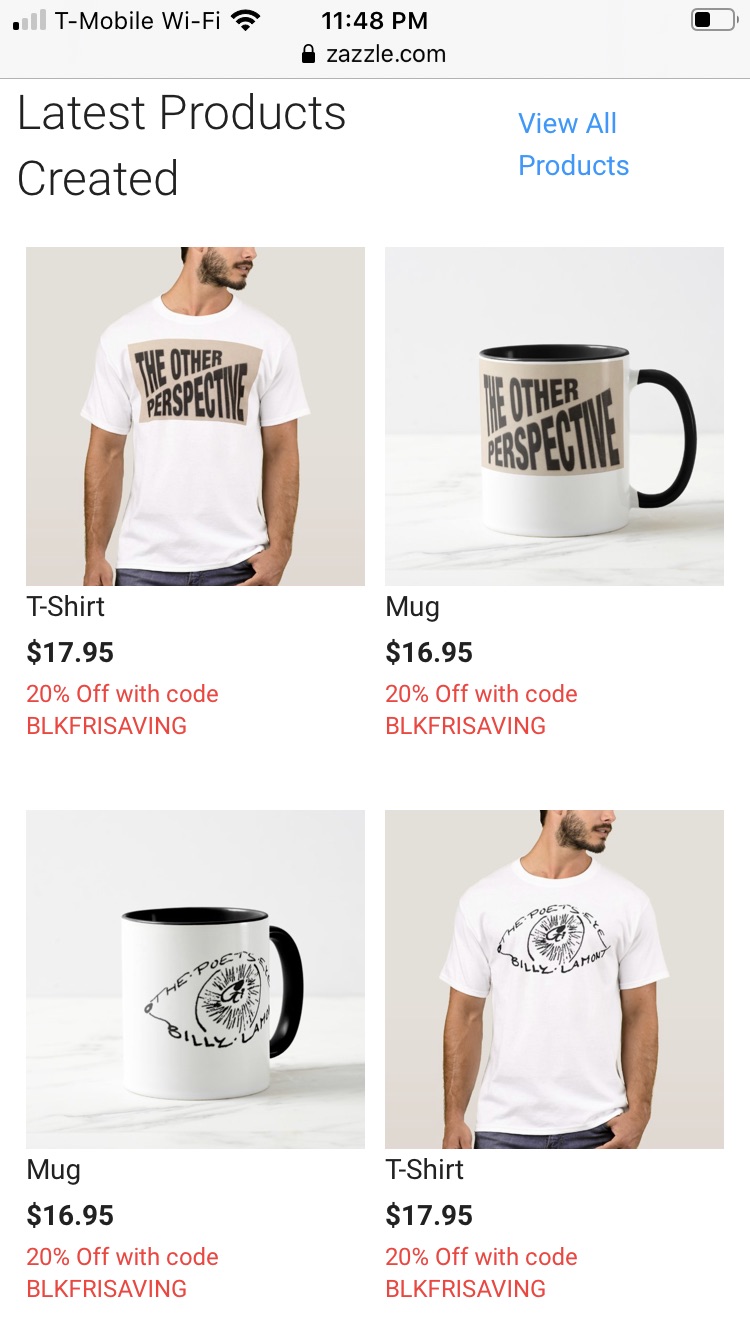 ***BLACK FRIDAY SALE*** I am Excited To Share The First Products From My New “THE POET’S EYE” And “THE OTHER PERSPECTIVE” Collections Are Now Available To Order Through ZAZZLE For The Holidays!!! Here Are My Two New T-Shirt Designs, And Two New Coffee Mug Designs, And They Would Make A Cool Gift For A Friend Or A Loved One!!! LIVE THE OTHER PERSPECTIVE!!!
LOVE, LIFE & PEACE,
[billy lamont] 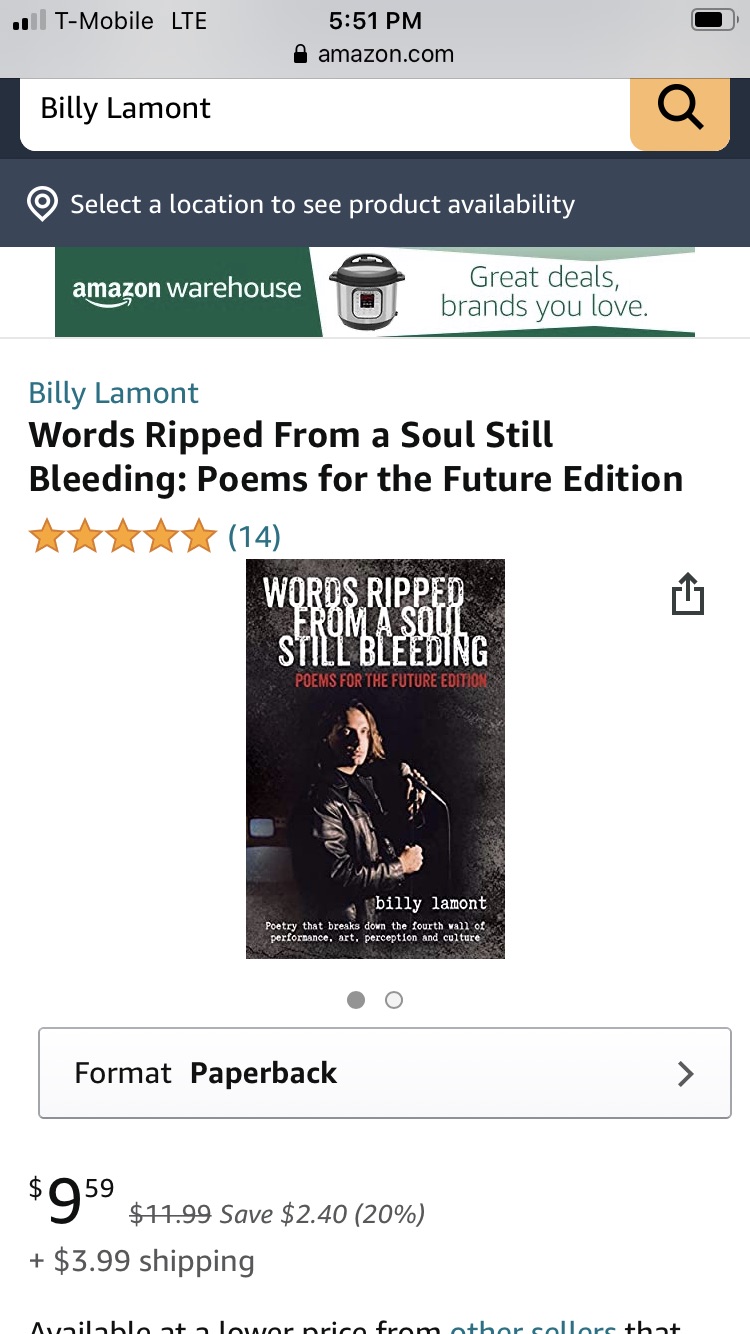 ***BLACK FRIDAY SALE*** MY NEW BOOK OF POETRY IS A GREAT SUCCESS & AMAZON HAS THE PAPERBACK ON SALE For $9.59 NATIONALLY & INTERNATIONALLY RIGHT NOW!!!
– My Latest Book WORDS RIPPED FROM A SOUL STILL BLEEDING: POEMS FOR THE FUTURE EDITION (Straton Press 2019) Would Make A Great Inspirational Holiday Gift Or Stocking Stuffer!!! – (Do Not Buy 2017 Version Of My Book From Infinity Publishing Or Do Any Business With Them, They Are A Corrupt Publishing Company That Has Stolen All Billy Lamont’s Royalties And Other Author’s Royallties Dishonoring Contracts That Will Have Legal Ramifications For Them Soon.)

* I Would Be Happy To Personalize & Sign Your Book Purchase For You Or A Loved One!!! If You Are In NY/Long Island I Can Meetup With You For Coffee For 1 Hour Or Sign Book By Mail For Friend’s Nationally In U.S., Or Globally ANYWHERE IN THE WORLD!!! ❤ ❤ ❤

***THANK YOU EVERYONE FOR MAKING MY LATEST BOOK OF POETRY A GREAT & CONTINUED SUCCESS!!!***

THANK YOU AGAIN TO ALL THOSE WHO HAVE ALREADY PURCHASED MY BOOK & ALSO LEFT A FEW SENTENCE REVIEW & RATING ON AMAZON THAT IS HELPING ME TO HAVE AMAZON PROMOTE MY BOOK, TO HAVE AN EVEN GREATER REACH THIS HOLIDAY SEASON!!! 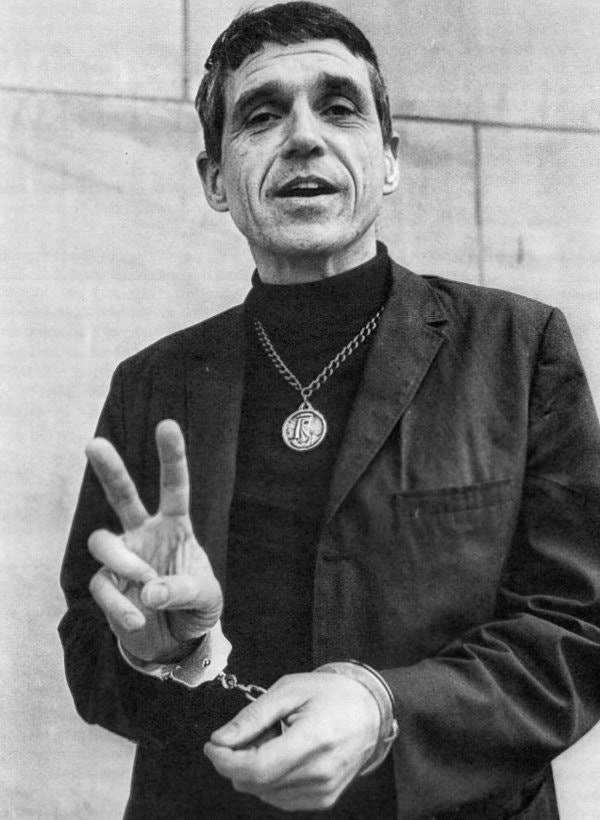 DANIEL BERRIGAN
“Thank You for the delightful book, Billy Lamont. You are a rare bird indeed, and a dazzling one, bringing together as you do unassailable gifts and a phoenix (out of the culture’e ashes) faith. I congratulate and thank you. Blessings on your fine work.”

– One Of The Photos I Have Included Of the late Daniel Berrigan Is Him With the late mystic follower of JESUS author Thomas Merton, whose books such as “New Seeds Of Comtemplation” have also affected me profoundly and deeply –

*** I Am Very Blessed To Have Known DANIEL BERRIGAN And To Have Spent Time Talking And Praying With Him. The Love, Friendship And Godly Wisdom This Incredible Man And Spirit Imparted Into Me Has Had A Profound Influence Upon Me In My Journey As A Follower Of JESUS And As A Pacifist. I Carry This Love And These Experiences With Me, And It Informs My Current And Future Work, That I Believe Will Bless Many Other People As Well. I Am Thankful For The Cover Blurb From This Saint Of A Man and Incredible Artist, Used For My Latest Book WORDS RIPPED FROM A SOUL STILL BLEEDING: POEMS FOR THE FUTURE EDITION. ❤ ❤ ❤ 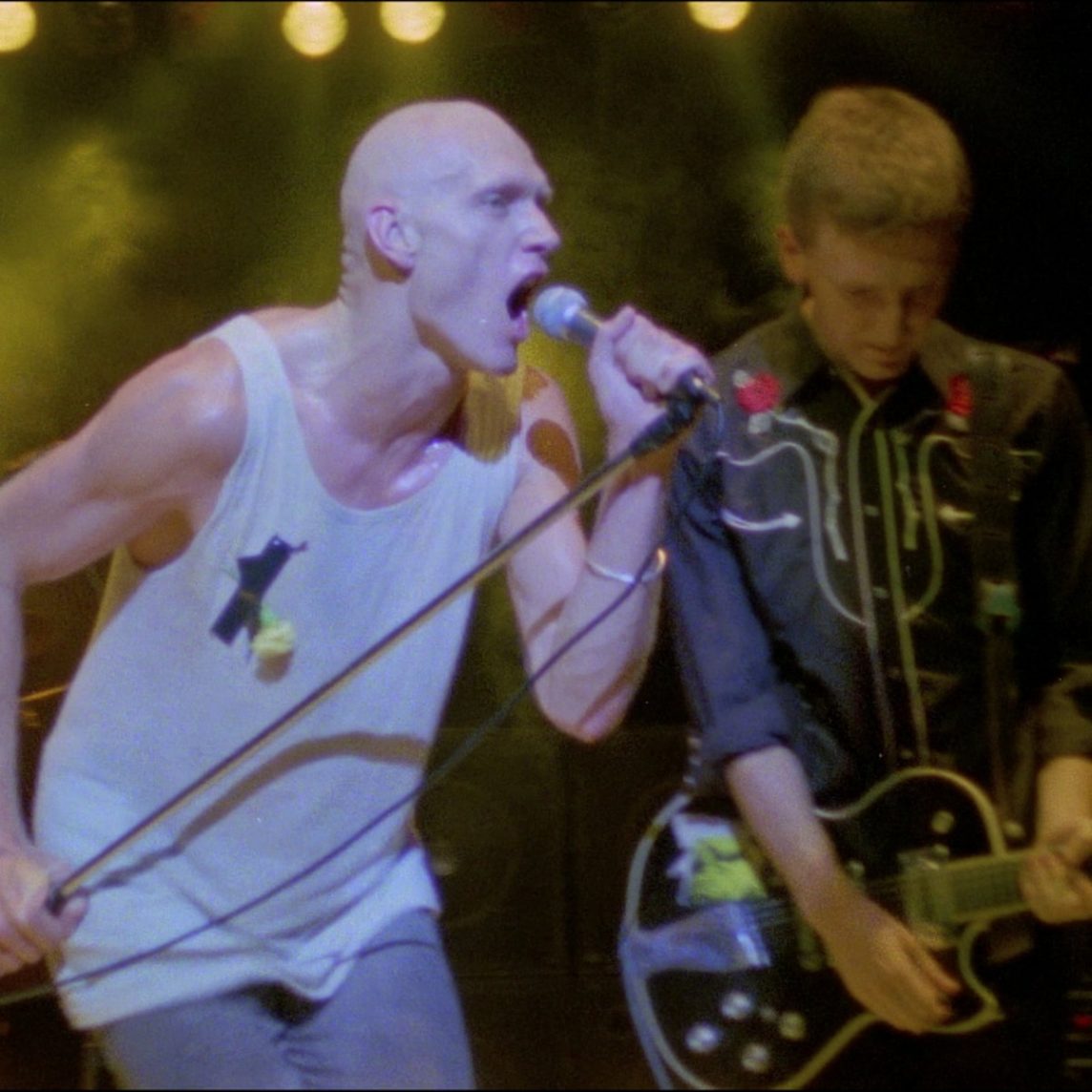 PETER GARRETT
“Billy Lamont’s pithy ‘now’ poetry is true, from his heart to ours—a straight line—-and a truth that’s good to read. I wish there was more like it.”

*** I Am Very Grateful For The Love And Friendship Of PETER GARRETT Of MIDNIGHT OIL For Many Years, And For The Cover Blurb From This Brilliant Man, And Great Spirit, Used For My Latest Book WORDS RIPPED FROM A SOUL STILL BLEEDING:POEMS FOR THE FUTURE EDITIION. His Love For Indigenious People, And All People, And His Work For Our Environment, And His Presence In My Life, And Thoughtful Words Of Affirmation For My Sacred Poo Art Are Treasured More Than I Can Express. <3 <3 <3 poet billy lamont]