The Other Perspective Media/Management & ...

THE GREAT SPIRIT HAND OF MIDNIGHT OIL IS UPON ...

FOR MEMORIAL DAY IN HONOR OF ALL THE SOLDIERS ...

Words Ripped From A Soul Still Bleeding: Poems For The Future EditionBilly LamontPoetry that breaks down the fourth wall if performance, art, perception and culture

The New THE OTHER PERSPECTIVE MEDIA STORE Is Still Being Built. In The Meantime Poet Billy Lamont poetry with music CDs and books of poetry are available by *** Simply Emailing TOPm777@gmail.com With Your Order and Mailing Address, and Make Payment by PayPal or Zelle. It is as easy as that!!! Please add shipping cost of $2 for U.S. or $5 for international orders. Thank You & Enjoy!!!***
BILLY LAMONT PRODUCT LIST:

STRAIGHT FROM MY YOUTUBE CHANNEL, THE OTHER PERSPECTIVE MEDIA

WHAT THE REVIEWERS ARE SAYING

What people have said about Billy Lamont’s new 2020 book of poetry Words Ripped From A Soul Still Bleeding: Poems For The Future Edition, as well as previous books, and Lamont as a recording artist:

Peter Garrett Cover Blurb for New Book Edition
“Billy Lamont’s pithy, ‘now’ poetry is true, from his heart to ours – a straight line – and a truth that’s good to read. I wish there was more like it.”

Daniel Berrigan Cover Blurb For New Book Edition
“Thank you for the delightful book, Billy Lamont. You are a rare bird indeed, and a dazzling one, bringing together as you do unassailable gifts and a phoenix (out of the culture’s ashes) faith. I congratulate and thank you. Blessings on your fine work!”

Seydina A. Senghor Forward For Strobe Light Generation Book
“I’ve been an eyewitness of Billy Lamont’s warm-hearted dedication to durable peace in the world, international morality, global solidarity and global justice. I have seen Billy Lamont take serious risks to support many good causes including the Jubilee 2000 International Campaign, a global alliance for the end of the unjust, immoral and genocidal debt of the nations of the global South. At the Knitting Factory in 1999, in New York, Billy put together a show with Larry Norman and himself for the benefit of Jubilee USA’s first National Mobilization on Washington. Billy Lamont is a true activist. Whether he is protesting, serving or encouraging, his poetry and deeds are songs of hope, a catalyst for change that reveal a grassroots heart of caring and love for people from the streets of New York to the poor and impoverished of the world.”

Seydina A. Senghor is Co-Founder of the Jubilee 2000 USA/International Movement whose mission was to get a debt-free start for impoverished nations of the Global South, so they can have money for basic needs such as food, water, sanitation and education.

Larry Norman Cover Blurb for New Book Edition
“Young William the poet walks with grace among the literary traditions of romanticism, between yearning idealism and stark urban reality. He brings heaven closer to earth, and beckons men closer to self revelation. His poetry is both comforting and disturbing.”

The late Larry Norman is widely known as the Father of Christian Rock. He is an American singer/songwriter that was on Capitol Records with The Beatles, Co-Founder of the Vineyard Church and is a Gospel Hall Of Fame Inductee. His album, Only Visiting This Planet, was inducted into the Library of Congress National Recording Registry as the key work in the early history of Christian Rock.

Mike Peters is a Welsh singer/songwriter for the rock band The Alarm. He is Co-Founder of Love Hope Strength Foundation, whose purpose is to raise funds and awareness in order to benefit people with cancer and leukemia. He received The Most Excellent Order of the British Empire rewarding his chivalry, contributions to the arts, and work with charitable organizations.

Dave Kendall Cover Blurb for Book
“Billy Lamont is in possession of a strange and compelling vision.”

Dave Kendall was the Host of MTV’s innovative “120 Minutes” show.

Joe Franklin Cover Blurb for Book
“In the tradition of Jim Morrison, Bob Dylan, Patti Smith and Jim Carroll comes Billy Lamont… and I love it!”

Bob Buchmann Cover Blurb for Book
“As Billy writes, ‘Poetry is therapy!’ I thank him for his gift.”

Klayton Cover Blurb for Book
“Billy’s poetry is intriguing. He is experimental, philosophical and spiritual. His message of hope cannot be ignored.”

Klayton is an American recording artist with the pioneering electronic music bands Circle Of Dust and Celldweller.

This error message is only visible to WordPress admins


Error: API requests are being delayed. New posts will not be retrieved.

Error: API requests are being delayed for this account. New posts will not be retrieved.

Make sure this account has posts available on instagram.com.

Billy Lamont is an American poet, from NY, with an avant-garde approach to writing, music, performance art, politics and film. At the heart of his poetry is the passion to inspire hope and to be a voice for everyday people. His unique vision for poetry into the 21st century, combined with a belief in the power of words for creation, reformation and healing brought his influence from grassroots to national success in the 1990s and then international recognition in the new millennium. His work encourages dignity, upholds life and serves as a catalyst for a world of readers and listeners, both in the mainstream and on society’s fringes. He inspires many to live in a more loving way and to feel for different justice causes for the first time, to help with personal and social reform in this Global Age. 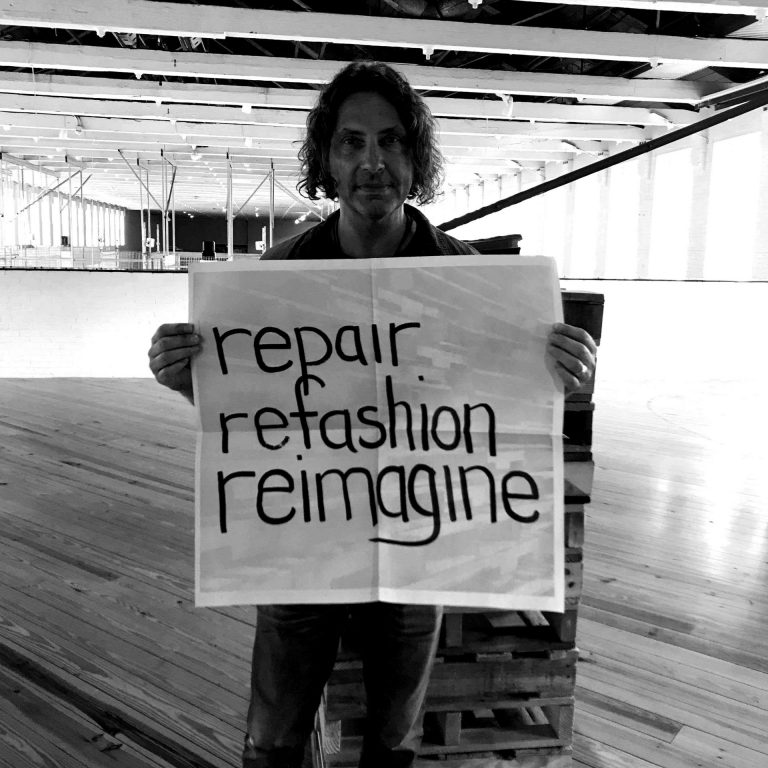 Poet Billy Lamont has performed on MTV and Much Music Television and appeared on radio stations across the United States. Lamont has also performed at many rock festivals including touring with Lollapalooza ’94, ’95, 2003 and Cornerstone Festival 2004 and 2006. Due to the success of his first book of poems The Gallery Of Light, distributed by Ingram, Lamont has given book signings at book stores such as Barnes and Noble in shopping malls across the United States. The follow up, strobe light generation fueled Lamont’s passionate and thought provoking multi-media shows that combine his performance poetry with electronic music and synchronized film. His latest poetry with Electronic/Americana Pop music CD/digital download is entitled Beyond Babylon.

Lamont’s third major volume of poetry Words Ripped From A Soul Still Bleeding is a powerful successor to his earlier books and audio releases like billy lamont with the peculiar people and Beyond Babylon. Lamont’s entire CD/digital download catalog is distributed by The Orchard internationally.

His 1998 debut CD Into the 21st Century was a benefit for Teen Challenge, with performances by two of his greatest influences, the legendary Allen Ginsberg and musician Mike Peters of The Alarm 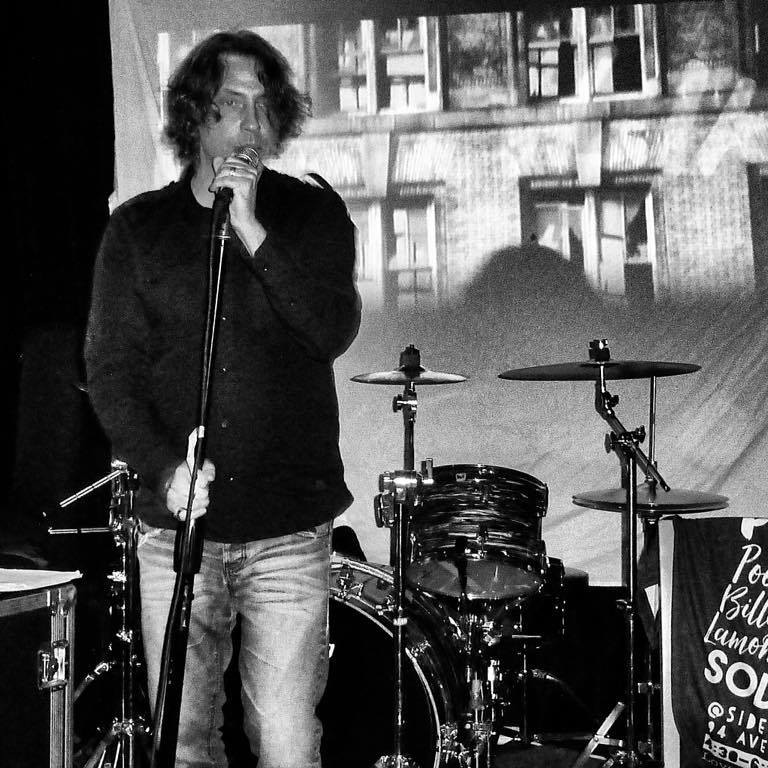 on the title track. In his later years, Ginsberg expressed love and support for Lamont’s poetry with permission to use an audio sample from his first recital of the Beat Generation epic poem Howl.

In 2014 Lamont collaborated again with Mike Peters, as well as many other rock stars and inclusive of everyday artists, on the recording The Scriptures to help foster peace between Muslims, Christians and Jews in The Holy Land. The Scriptures is a benefit for Love Hope Strength Foundation and those fighting cancer. Lamont’s contribution to The Scriptures earned him a Guinness World Record as part of ‘The World’s Longest Officially Released Song.’

Lamont’s career was also promoted by Larry Norman, widely known as the Father of Christian Rock. The music legend invited Lamont to open several of his shows from 1998- 2000 and to become an artist on Norman’s own Solid Rock Records. The result was an album of compositions written for release on Solid Rock, with preliminary sessions produced by Norman in 2000. However, Norman’s failing health made further sessions impossible. The album was never completed and the session tapes went missing from Norman’s archives. Lamont returned the favor of support by raising awareness and funding for Norman’s emergency healthcare with the CD/download billy lamont with the peculiar people.

During the creation of Lamont’s strobe light generation book of poetry he was also being encouraged by legendary Poet/Peace Activist, Jesuit Priest, the late Daniel Berrigan, as well as being kindly affirmed by the brilliant Peter Garrett, the front man of Midnight Oil, and the former Australian Federal Minister of Environmental Protection, Heritage, Arts and Education.

All of these experiences and influences are a huge part of Lamont’s vision for the future! In his recent poetry he encourages brothers and sisters globally to, “Imagine A Day, we need an intelligent heart, a loving mind, LOVE, intelligence of the heart will light your mind!”

Lamont’s three major book releases and eight CDs/digital downloads are available through most major distributors such as amazon.com, barnesandnoble.com and iTunes.com and can be streamed and listened to on spotify.com, iTunes.apple.com, googleplay.com, youtube.com, tidal.com and many other popular sites.

GET IN TOUCH WITH LAMONT

If you have a question, comment, or would like to know about booking, feel free to send a message and we will get back to you.

Send a Message for Location Info

GET TO KNOW LATEST NEWS.

Sorry, there was a problem loading your MailChimp details. Please navigate to Settings and click MailChimp Setup to try again.